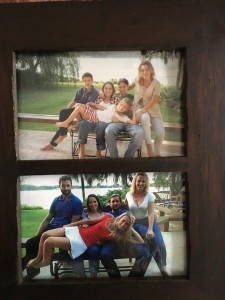 These photos of our children, taken twenty years apart in the backyard of our home in Florida, made me think of the flat where our family used to live. It was tiny even by Tiny House standards. The smaller of the two bedrooms was a narrow 6’ x 12’—more like a storage closet than a bedroom. Two children slept there, two on the couch in the living room, and the youngest on a pallet in the hallway. The small galley kitchen could hold two people at a time—three if one of them was the baby on my hip. The floorboards creaked when we walked, and the grinding of the building’s elevator, right next to the “master” bedroom, woke us up all night long. We had no washing machine, so each week I would carry piles of dirty clothes to the laundromat two blocks away. Each summer as we entered the front door with five children, seven suitcases, an umbroller and a diaper bag, I wondered how in the world we would manage to fit into this tiny space for three months.

Despite all this, I wept when we sold it. 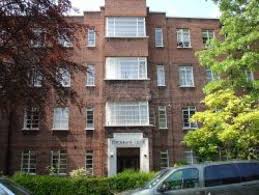 The flat was located in St. Johns Wood London, just three blocks from the underground station, one block from Panzer’s and Europa grocery stores, one block in the other direction from Regents park, and 15 minutes to Piccadilly Circus and the theater district. It was where we spent some of our happiest summers. The children were the perfect ages for spending all their time with family. I can see them now, climbing through the big bay windows to reach the alley in the back where they would play tennis without a net, soccer without a goal post, or imagination games with their own dungeons, dragons, and little ponies. Two spinster sisters who lived upstairs would sit in their window watching them play, enjoying an afternoon’s entertainment with their tea and biscuits. We didn’t have a television, so we played board games, assembled jigsaw puzzles, and read stacks of books. My oldest discovered a sunny alcove at the end of the shared hallway where she would read Tin Tin, Asterix, and the Famous Five series of adolescent mysteries and imagine herself one of the Boxcar children.

We also didn’t have a car, so we traveled everywhere by underground, train, or big black taxis. We took day trips from London using a book I had discovered called, voila!, Day Trips from London. Its attention to detail predated Rick Steves’s travel books and provided us with magical days to Miss Havisham’s home in Rochester, Robin Hood’s tree in Nottingham, Henry VIII’s maze at Hampton Court, and home before bedtime. The pound was cheap back then, and so were the theater tickets. We went to West End plays as many as eight times a week, eating thick toast with apricot jam or berry tarts with clotted cream when we arrived home. 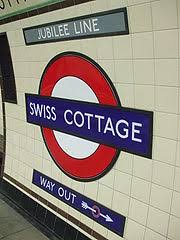 And it was safe. I could send the older two off to explore on their own with just their underground passes and each other. One night everyone wanted a taste of home from McDonald’s, but it was late and Mark and I didn’t want to go out. Not to worry! Tim and Valerie, aged 10 and 11, took everyone’s order and set off to Swiss Cottage, one stop away on the tube. At 10:00 at night! What was I thinking?? They were the original free-range children. Living in London had lasting effects on all of us. It instilled a lifelong love of the arts, history, books, travel, and fruit tarts. It taught us to love doing things rather than buying things. And it made us close as family. 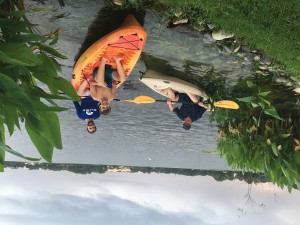 So why did we sell it? Life intervened. Children grew. We purchased a house on a lake where boating and swimming sang their tantalizing siren songs every summer. Children grew even more, starting homes of their own. We began renting the flat to friends and then one friend wanted to buy it, promising with a forked tongue to let us use it whenever we wanted.

And so I found myself one Sunday evening sobbing inside a tiny apartment, aching at the thought of turning the keys over to the new owners the next day, packing up tattered books and pictures and board games with missing pieces. And I realized I wasn’t crying for the 800 square feet of creaking floorboards and grinding elevator cables. I was grieving the loss of those little children who used to climb through the bay windows to the back garden, eat toast with apricot jam, select stacks of books at Dillon’s and Foyle’s, and leave hand prints on the front door that the caretaker swore he missed when we left in September. I was grieving the loss of those children.

And that’s what I’m remembering this Mothers Day. Yes, having young children is a lot of work. It’s sleepless nights, runny noses, science fair projects, carpools and piles of dirty dishes. But it’s also snuggling in bed with a late-night conversation, loading the car with a passel of laughing school friends for an outing at the beach, and having no empty seats at the dining room table. That moment in eternity when children are in the home is so incredibly hard, yet so incredibly hard to give up.

As I finished emptying the flat of our personal items, I looked for a place where I could leave something of us behind. I reached inside the no-longer-functional fireplace and wrote on the bricks, “We were happy here!” signing each of our names in the arch of the opening. I did the same under the windowsill in the alcove where Valerie used to read. And then I handed over the keys and flew home to my adult children.

I miss those little kids who used to drive me nuts, but I love the aliens who have taken their place. Now we enjoy grown up conversations, pile into the car or a plane for adventures together, share a lifelong love for books and movies and art and theater, and work together in a family business. One daughter even earned a Ph.D. in Elizabethan history. Life is good, and being a mom is the best part of it. 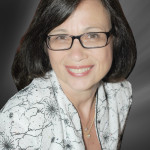 Jo Ann Skousen is the author of Matriarchs of the Messiah: Valiant Women in the Lineage of Jesus Christ. Autographed copies are available at http://www.matriarchsofthemessiah.com/buy-the-book/  She teaches English literature at Chapman University and Sing Sing Correctional Facility and runs the Anthem Libertarian Film Festival.