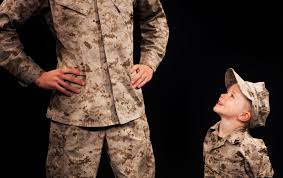 I don’t like being told what to do. I tend to associate “obedience” with tyranny, authoritarianism, and force. I cringe at the phrase “Because I said so.”  There’s a good reason that “love, honor and obey” was removed from the bride’s wedding vows.

Yet there I was, asked to give a sermon about obedience on Fathers Day. Assigned, in fact. Either someone has a dark sense of irony, or I had something to learn. Thankfully, it was the latter.

When Joseph Smith was mayor of Nauvoo, then the largest city in Illinois and growing every day with an influx of diverse immigrants, a member of the state legislature asked him how he was able to govern such a large and diverse population. Smith thought for a moment and then responded simply,

“I teach them correct principles, and they govern themselves.”

Steeped in libertarian philosophy and seemingly the antithesis of strict obedience, it is one of my favorite quotations.

One of my favorite scriptures has a similar theme: “Behold, it is not meet that I should command in all things; for he that is a compelled in all things, the same is a slothful and not a wise servant; wherefore he receiveth no reward” (D&C 58:26). Doesn’t this seem to suggest that strict obedience is a bad thing in God’s eyes—that it leads to lasting punishment rather than eternal reward?

One of the lessons I’ve learned as a professor of English literature is that words matter. Abstract concepts gradually transform with usage, so it’s especially important to understand their true, original meaning.

Here’s what I realized about the word obedience: it has the same root as obeisance. Now, obeisance isn’t a word we use very often anymore, but I know what it means. It’s a term associated with extreme respect, worship and adoration, often expressed through physical actions: a bow, a curtsy, a kiss on the hand. It is often accompanied by obedience, but the obedience follows as a natural consequence of love and respect. I think of Mary Magdalene kneeling at the Savior’s feet, washing them with her tears and drying them with her hair. This was obeisance. Not a “do-what-I-tell-you” kind of obedience, but obedience to an inner voice whispering, “This is your Savior. Show your great adoration and respect.”

A Clearer Understanding of Obedience

When asked how he governed Nauvoo, Smith didn’t say, “I let them do whatever they want.” He first taught them correct principles, and then they governed themselves. If I want my child to bake a cake, for example, it isn’t enough to send him into a kitchen filled with utensils and supplies. I need to provide some guidance on the proper combination of ingredients.

Did you know that a pound cake gets its name from its guiding principles? Originally cakes were made from a pound of sugar, a pound of flour, a pound of butter, and a pound of liquid, which included eggs, milk, and water. If a baker knew the guiding principles of cake baking, she could use her own judgment in selecting her sweetener, milled grain, spices, fruits and other flavors to make a variety of cakes. She could even substitute mayonnaise for the butter and eggs, as bakers did during World War II when eggs were scarce, because she understood the principle. You could say she disobeyed the rule of the recipe, but obeyed the principle of baking and governed herself to accomplish the founding goal– or “commandment”– of making a cake.

I have learned through experience that the Lord is no tyrant. He is a loving, kind and concerned Heavenly Parent. So there must be more to this idea of obeying commandments than force, authoritarianism, or punishment. In the scriptures He explains His founding principles:

“Wherefore, I give unto them a commandment, saying thus: Thou shalt love the Lord thy God with all thy heart, with all thy might, mind, and strength; and in the name of Jesus Christ thou shalt serve him.

“Thou shalt love thy neighbor as thyself. Thou shalt not steal; neither commit adultery, nor kill, nor do anything like unto it.

In other words, He commands us to Love. That’s His founding principle. If we truly love God, and truly love our neighbors, and feel gratitude in our hearts for the opportunity to do so, everything else is detail. And those details will fall into place, because we will have learned how to govern our own actions, with the right spirit and motivation. Obeying the commandments will no longer feel burdensome, because they will have become a natural part of who we are, filled with love.

That’s why He says, “It is not meet [appropriate] that I should command in all things.” If we have developed true obedience to the gospel—that is, obeisance—then we will naturally want to do the right thing. We won’t be forced to “clean our plates,” because every commandment will be delicious, desirable and nourishing, and administered in just the right amounts.

“Use Your Best Judgment”

When I was the director of the Center for Academic Excellence at Mercy College, I oversaw nearly 100 writing specialists who tutored nearly 1,000 students every semester. I could not possibly have “commanded in all things” for each of those tutoring sessions. Instead, I provided professional development training workshops twice a year, rather like a general conference of tutoring specialists. There we reviewed correct principles of good tutoring.

Often a tutor would raise her hand and ask, “What if…?” I would listen to the question and ask others how they might handle the situation. If the tutor persisted with another esoteric “What if….?” (What if the power goes out and the student has a cold and I can’t find my socks and the library is locked….) I would respond, “Use your best judgment.” These were professional writing specialists with graduate degrees and years of experience. It was not necessary to command them in all things. I had taught them correct principles, and they could govern themselves. They just needed the confidence that came from knowing that I trusted their judgment.

The way to teach children to obey is with the principle of obeisance and respect, not punishment or tyranny. Discipline means “to teach,” not “to punish.” Using force was Satan’s plan. 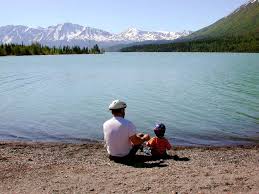 Teaching principles is harder than saying, “Because I said so,” but it’s the only method that really works. It begins by focusing on long-term principles rather than on the immediate situation, because sometimes long-term results require violating standard rules. Jesus taught this principle when he told the parable of the ox that got stuck in the mire on the Sabbath. The long-term principle was to be a good steward of the ox; the short-term rule was not to do labor on the Sabbath. Both are important, so it takes wise judgment and understanding of principles to choose the correct action.

Good parenting—and good leadership, for that matter– requires us to be good examples of the principles we want to instill, and being completely trustworthy. As children learn to trust our judgment, they will begin to develop better judgment themselves. And they will obey us—that is, respect us– because they will realize how much we love them and want the best for them. 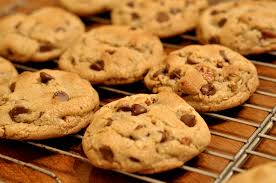 When I first began making chocolate chip cookies, I used a recipe and adhered closely to it. Sometimes my cookies turned out great, but often they were flat, sticky, and unappealing. Gradually I learned the tricks that made me a better baker: Don’t melt the butter. Stir the ingredients by hand. Notice the humidity, and adjust the amount of flour. Use real chocolate and vanilla, not imitation. Now, I don’t even need a recipe—I can bake delicious, beautiful chocolate chip cookies without even thinking about it. Baking has become a part of who I am. And I often use that gift in service to others, because I enjoy it. It isn’t a burden or a duty any more.

I grew up with an abusive father, but I was blessed later in my life by a stepfather who was kind, generous, wise, and honest. He would have commanded me to obey his word, yet he earned my great respect and love through his actions and his example. I would have done anything for him, simply because I loved him, and I trusted that he would never ask me to do anything that wasn’t for my own good.

On this Fathers Day I hope that all of us will commit to living by principles rather than by rules, and by obeisance rather than obedience. The triumph of persuasion over force is the foundation of a civilized society–and of a happy home.

Jo Ann Skousen teaches English Literature at Chapman University and Sing Sing Correctional Facility. Read more about the obeisance of Mary Magdalene in the final chapter of her book Matriarchs of the Messiah: Valiant Women in the Lineage of Jesus Christ.