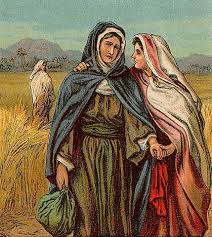 The book of Ruth is almost like a fairy tale: through hard work and kindness, the servant girl marries the prince and lives happily ever after. But there is no wicked stepmother in this fairy tale; in fact, the relationship between Ruth and her mother-in-law, Naomi, has been a symbol of loyalty and love for centuries. Naomi’s friends said of Ruth, “Thy daughter-in-law, who loves you, is better to you than seven sons” (Ruth 4:15). This was high praise indeed.

Naomi had lost almost everything in Moab; her husband had died, and then both of her sons had died too. But she had gained a daughter—a wonderful, generous, tender-hearted daughter (who is a lot like my own dear daughters-in-law). When Ruth’s first child was born, she placed him into Naomi’s arms as a symbol of Naomi’s lost sons. Naomi had once given her son to Ruth; now Ruth would share her son with Naomi. Such tender care is desired between all women brought together by their love for the same man, one as his mother and the other as his wife.

Ruth’s profound example of love and loyalty sets a standard for all in-laws to follow. Yet the relationship between the woman who bears a son and the woman who marries him is often full of discord and misunderstanding. Seventy percent of women report having rocky relationships with their mothers-in-law or daughters-in-law. What causes this problem, and can it be fixed?

Elizabeth Graham observes in her book Mothers-in-Law vs. Daughters-in-Law, “A mother is naturally territorial when it comes to her family. A wife is just as territorial. Standing in the middle of these two overlapping territories is a man–the son of one and husband of the other. It’s in everyone’s best interest for the son to step out of the overlapping territory and fully into his wife’s territory–and the sooner he does this the better.”[i] While this is wise advice for the new couple, it leaves the mother standing alone in her now empty territory. Transitions can be difficult, and the transition from mother to mother-in-law is one of the most difficult to accept. It requires a woman to redefine her relationship with her own child. Is it any wonder that jealousy and competition sometimes flare?

Nevertheless, a comfortable relationship between mother-in-law and daughter-in-law can be established. First, recognize that each will have some difficulty getting used to her new position, so be gentle and kind with one another. Ruth knew that Naomi’s bitterness was temporary, so she was patient with her mother-in-law. Similarly, the wise mother will step back graciously and allow her son’s new wife to step into her new role. She will encourage and compliment her daughter-in-law and watch for cues that tell her what is working and what is not. A mother who treats her son’s wife with love and respect will earn her son’s love and appreciation as well.

At the same time, the sensitive daughter-in-law will make room in her life for her husband’s mother. Like Ruth, she will compliment her mother-in-law, ask for advice from time to time, and share happy experiences. A wise man will also participate in establishing boundaries that lead to lifelong harmony. He will love his mother, but he will gently let her know that he must “leave his father and mother, and cleave unto his wife” (Genesis 2:24). When a wife feels confident that her place in her husband’s heart is secure, she can make room in her own heart for his mother, and a loving relationship can flourish.

Even as we open our hearts and homes to each other, it’s still important to establish and respect appropriate boundaries.

Boundaries should not become barriers, however; as Robert Frost observed, “Good fences make good neighbors.” Make sure your fence has ample gates. Treat your child’s spouse as you treat your own, and embrace the spouse’s extended family as well. Avoid such hurtful comments as, “Now let’s have photos with just the real family.” I remember listening to a woman complain about how her son’s in-laws had ignored and mistreated him, so when her son and his wife came to visit, she took them shopping to buy new clothes for her son and refused to buy anything for her daughter-in-law. “Her parents don’t do anything for John, so why should I do anything for her?” she crowed triumphantly. I was horrified. This woman had an opportunity to model good behavior for her daughter-in-law, and instead she adopted the bad behavior that she abhorred. Always offer kindness, even when it hasn’t been extended to you.

Be quick to forgive, slow to take offense, and the first to apologize. Remember that words can often be misconstrued, so try to see the other person’s point of view, and don’t take offense when none was intended. I remember a time when my husband and I brought our four young children to my mother-in-law’s house for Christmas. I didn’t want to be a burden, so we rented a car at the airport, stopped at the grocery store on our way from the airport so I could do the cooking, invited his mother to join us on outings throughout the week, and kept the children out of the way so they wouldn’t make a mess. One morning my mother-in-law said something about the cost of the hot water we were using for our showers, and I was hurt and offended. I had tried so hard to not be a burden, and here she was, complaining about the hot water! It was a terrible moment in our relationship, and we both ended up shouting and crying. Only later did I realize that my mother-in-law hadn’t been complaining about the hot water, she simply wanted to feel that she had been contributing to our visit. And all she could think of was the hot water–we hadn’t left her with much to do! I had come into her home and usurped her place as cook and entertainer. That was a terrible thing to do. We both meant well, yet in my zeal not to be a burden I had made her feel useless, and in her desire to feel useful she had made me feel like a burden. Such misunderstandings can lead to lifelong animosity if we take offense when none is intended. Always start with an assumption of love. Let your mother-in-law help with the laundry if she offers. She isn’t criticizing—she just wants to feel useful. And if you doa chore at your daughter-in-law, be sure to comment on how hard she works and how much you enjoy pampering her. 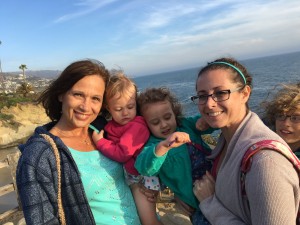 Words are powerful, so use them to heal and encourage, not to tear down or malign. Always ask yourself, “Is it kind? Is it necessary? Is it true?” Avoid gossip, especially about other family members, but share happy moments and family stories. Look for opportunities to praise and appreciate, and have fun together! Occasionally a mother-in-law will hear those most-welcomed words, “What would you do?” When that happens, Annie Chapman suggests in her book The Mother-in-Law Dance that a mother-in-law is well served by “keeping her advice brief and sweet…. And if they do not ask for help, then a mother-in-law would be wise to pray and ask God to send information and inspiration to them through some other source.”[ii] 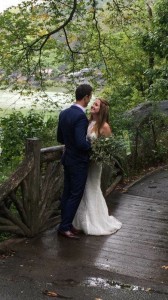 As Ruth and Naomi discovered, a good relationship between in-laws can bring lifelong joy and satisfaction. I am incredibly blessed in the fact that my sons chose well; like Ruth, my daughters-in-law are lighthearted, independent, witty, kind, and generous. It was easy to give my sons to these two women, because I knew they would share their husbands, and their children, with me. They make my heart glad and my life wonderful.

Adopting the kindness of Ruth can repair even a damaged relationship, so do kindly deeds, harbor kindly thoughts, express sincere appreciation, and seek the other’s happiness. You will find it returned to you a hundred-fold.

Jo Ann Skousen is the author of Matriarchs of the Messiah: Valiant Women in the Lineage of Jesus Christ. Autographed copies are available at http://www.matriarchsofthemessiah.com/buy-the-book/