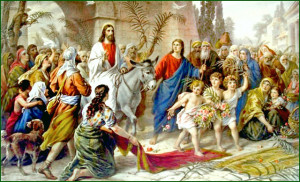 We usually think the Easter story begins with Jesus’s triumphal entry into Jerusalem on what has become known as Palm Sunday, because of the palm fronds His devoted followers strewed along the road in front of Him. But the Easter story actually begins a few days earlier, when Jesus returned to Jerusalem to raise His friend Lazarus from the dead and, more importantly, to strengthen the testimonies of His friends as He prepared to leave them.

Knowing that the Jewish leaders felt threatened by His growing popularity and wanted Him arrested for His unorthodox doctrine, Jesus had been avoiding the capital city and teaching in the communities in the surrounding countryside during the waning months of His ministry. When Mary and Martha sent word that Lazarus was deathly ill, Jesus’s disciples were relieved when He decided to wait. “The Jews of late sought to stone thee,” they reminded Him.

Nevertheless, Jesus determined to go. He knew the time for His great sacrifice had come. Soon His disciples would be serving and leading the Church by themselves, and they would have to rely on the Spirit to guide them. In Bethany He would perform a great miracle, raising Lazarus from the dead “to the intent that ye [His disciples] may believe” (John 11:15). He would also guide them to recognize the spirit of testimony that would sustain them after He left. 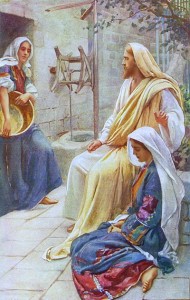 When Jesus reached the home of Mary and Martha in Bethany, Lazarus had been dead for four days. Mourners filled the home, comforting the women. Jesus remained in the shadows of the garden and sent for Martha, the sister who had concerned herself more with domestic duties during His earlier visits. “If you had been here, my brother would not have died!” she wailed in accusatory grief when she saw Him. The fact that she greeted Him with an anguished complaint indicates just how close they were. 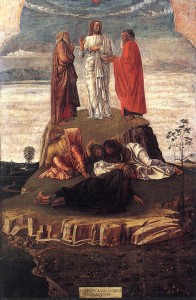 This simple yet powerful testimony echoes the words of Peter on the Mount of Transfiguration: “Thou art the Christ, the son of the living God,” (Matthew 16:16) he proclaimed. Jesus  responded to Peter’s testimony by explaining, “Flesh and blood hath not revealed it unto thee, but my Father which is in heaven.”

Personal revelation, the kind that Peter had just experienced, was the rock upon which Christ would build His church. Thousands of people had followed Jesus during His ministry, listening to His sermons, observing His miracles, and eating His simple feasts. But the time was now near when they would no longer see His physical face nor hear His physical voice. At the feast of the Last Supper He would promise, “I will pray the Father, and He shall give you another Comforter, that He may abide with you for ever; even the Spirit of truth; whom the world cannot receive, because it seeth him not, neither knoweth him: but ye know him; for he dwelleth with you, and shall be in you.”

Martha had received a personal revelation in almost the identical words as Peter’s, through the same Spirit of Truth. She too became a special witness of Christ and His mission as the Savior of the world. 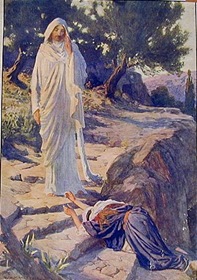 Moments later, when Martha’s sister Mary heard that Jesus was waiting in the garden, “she rose up hastily, and went out…[and] fell down at His feet, saying unto Him, ‘Lord, if thou hadst been here, my brother had not died.”  This time Jesus did not ask His weeping friend to declare her witness. Apparently Mary had already experienced the testimony borne by the Spirit of Truth.

Suddenly Jesus was overcome by His own grief. The scripture tells us, “Jesus wept.” Jesus wept in empathy for Mary’s grief that Lazarus had died. He wept for the Jews who had heard His words but had rejected them. He wept because He knew that, in just a few short days, His earthly life would be finished. And He wept because He knew that these dear friends would be weeping again in grief as they watched His own torment and death.

But He would not leave them comfortless: Lazarus would be with them. And the Spirit of Truth would be too. That Spirit of Truth is available to each one of us as we seek confirmation of sacred truths and declare them openly as witnesses of Christ. May we each find comfort in that glorious truth: “I am the resurrection, and the life: he that believeth in me, though he were dead, yet shall he live!”

During Easter week it’s valuable to read through the Four Gospels and reflect on what the Savior did on each of His final days. He cleansed the temple, taught several important parables, prophesied of the Last Days, and spent treasured evenings in the home of his dearest friends. He prepared for the agony of Gethsemane, the scourging of the guards, and the crucifixion by celebrating the Passover with his Apostles and establishing the symbol of the sacrament that would represent His flesh and blood. The reading schedule below will help you prepare for Easter.

*A careful reading suggests that everything we normally associate with Thursday actually occurred on Wednesday, and that Jesus actually spent two full nights in the tomb. If Passover occurred on Thursday that year, followed by the Sabbath, the women would have waited through two long nights, Passover plus the Sabbath, before they could anoint His body with burial ointments. This would fulfill the prophecy that He would spend three full days in the tomb.